There are two different times that we look things up:

When we're students* we're all in on learning. This is when we can take the time to learn things on a deeper level.

Then there are times when reality sets in. We're working on a project that has a deadline and something isn't working. We need to find a solution, and it doesn't matter how it works, all that matters is that it works!

One problem I see with students who are learning something new is that they're often happy when something works. It doesn't matter if they don't know why it works, but they are happy that it works and that means it's time to move on.

Why I decided not to put my courses on Udemy

When I made my first course, a deep dive into advanced web design and Sass (which is currently closed as I try to fix it up), I looked into a ton of ways I could host my course.

And since that course and my Responsive Web Design Bootcamp were released, I get tons of people asking me to put my content on Udemy as well.

I understand why people would like me to do that, but unless their platform has a major shift, I never will use them. In this post, I'll explain why.

I realize for a lot of people this might go into too much detail, but hopefully, it can help anyone who is thinking about making their own course at one point in the future.

I looked into self-hosting it by building it out of a WordPress theme. I looked at platforms such as Teachable, Teachery, Thinkific, Podia, and more (in the end I went with Podia, but that could be a discussion for another day! Also, that is an affiliate link 😊).

The evolving state of CSS

Recently I was listening to an episode of the Shop Talk Show podcast where they were talking about the recent State of CSS survey (if you haven't seen this site, even if you're not interested in the results, it's worth checking out because it's so fun!).

It was a fun episode, but on top of that, it made me realize how much CSS has grown up in a short period of time.

It's still not that old of a language, but it seemed to be a little stagnant for awhile, and then suddenly we had all these new features.

You'd be better at CSS if you knew how it worked

CSS looks so simple. It gives off that impression because the syntax is so basic and easy to understand.

Show the following snippet to someone who has never seen CSS and I bet they can get at least a rough idea of what is going on.

One of the problems with the syntax being so basic is that it gives off the impression that it is a simple language. It's simple in how it's written, but it can be downright complex in how it actually works. 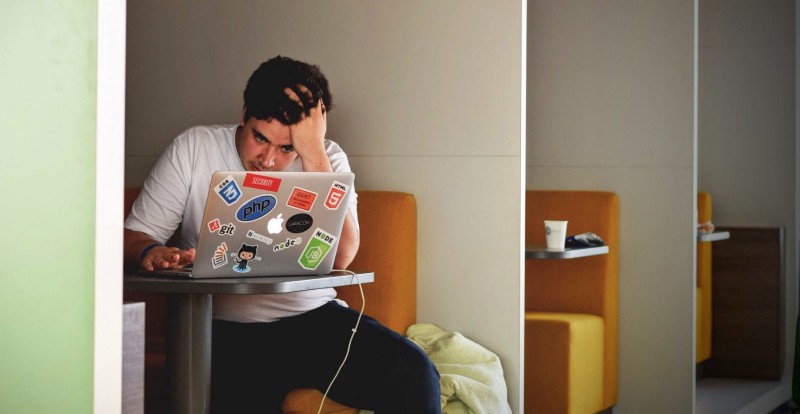 People are tricked into thinking it's simple and then, when it doesn't work they expect it to, they say it's broken.

CSS is an interesting language. It’s fun to see how different solutions arrive to deal with certain situations, and how those solutions sometimes evolve — something like grip-gap evolving into gap and making it’s way into flexbox, for example.

One interesting set of values has always been initial and the much lesser known unset. Both of these don’t exactly work how you think they would though, often giving you unexpected results. It would seem that revert is here to help with that.

In this article, we’ll be taking a look at all three, exploring their similarities and differences, and we'll wrap it up with when revert might come in handy.

5 awesome DevTool features to help you debug your CSS

When I started created websites for fun in the late 90s, we didn’t have many tools that would help us solve our CSS problems. There was probably some validator out there I didn’t know about (it was just a hobby for me at the time), but it was a lot of simply figuring out what was wrong with your file. Luckily for all of us, it’s so much easier now.

The big shift was in 2005 with the release of Firebug, which was an extension for Firefox which has since turned into the official Firefox devtools.

The reason Firebug was huge is it opened up a new way for us to be able to debug our CSS. Devtools have evolved a lot since then (as has CSS!), so in this post, we’ll be taking a look at 5 awesome devtool features, from ones that make your life so much better and easier to ones that are just really cool.

The &lt;wbr&gt; tag and when you might want to use it

The <wbr> tag is the type of thing that I originally created my articles for in the first place: An obscure HTML/CSS thing that, while it might not come up often, can really come in handy!

In this post, I'll be exploring what <wbr> does, but more important, a few use cases where you might find it being useful.

transform is a bit of a strange property

All CSS properties have a range of possible values, but transform is a little different than most, in that its values do completely different types of things. They are all related to transforming our selector, but it’s not really the same as color. Sure, color allows us to set pretty much any color we want, but all of them are just setting a color.

With transform we can do the following: