When I decided to get into content creation full-time, one thing I wanted to start doing more of was live streaming. After experimenting with both Twitch and YouTube, I've decided to stick with Twitch.

I did a couple of streams on YouTube that were a ton of fun, and which had a lot of people joining, with between 250-350 concurrent viewers for each stream.

After that, I decided to give Twitch a try. I wanted to do this for a number of reasons:

To give it a proper try and see how I could grow on Twitch, I decided to start with two streams a week for a month, and re-evaluate at the end of the month.

That month is over now (or well, close enough), so in this post, I'll be giving you my impressions of Twitch, as well as how it compares to YouTube.

Twitch is clearly made for live streaming, and it shows

As a streaming platform, it's so much more mature than what YouTube offers. I find it easier to set up and go, not that it's difficult in YT or anything. 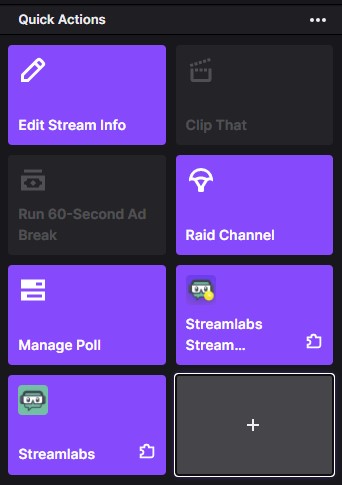 The control interface can pop out though, making it a lot easier to get to moderation tools, and you can pin which settings you want quick access to, which is really smart.

This includes pinning settings for 3rd parties that you've integrated in as well, which is brilliant. Twitch realizes that they 3rd parties are extremely popular, and instead of fighting it or trying to tack on features to combat it, they embrace it.

Interaction with the audience

I've binge watched other YouTubers and got to know some of them. It's a very one-way relationship though. I recognize names in my YouTube comments, but it isn't the same as having people hanging out in the chat on a regular basis, week after week. It's a completely different dynamic, and an awesome one.

Now, obviously YouTube has a live chat as well, but one of the very simple things that sets Twitch apart is their points system. You only get this once you hit affiliate (which I've only recently done), but it's a great way to help increase engagement with the audience.

As people stick around and watch your stream, they gain points, and then you can redeem those points for different things. 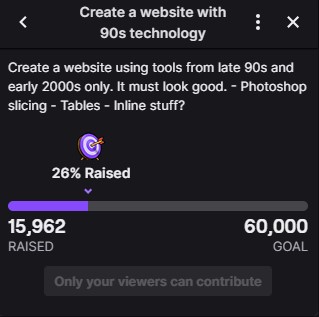 One of those things is redeeming your points toward a community challenge that I've set up. When we hit 60,000 points, I'll have to build a website using late 90s web technologies. I'm not sure if I should be excited or dreading that one 😂.

The gamification for creators is incredible

YouTube has come a long way in encouraging creators in the 4 years that I've been making videos. We get falling confetti when one of our videos does really well, and it has encouraging messaging in our dashboard when our channel is growing.

Twitch takes this to a whole other level though. Everything is gamified through achievements, with categories on channel growth, getting people active in the chat, how often you stream, and more.

In this sense, YouTube feels much more corporate with a nice pat on the back for doing well. Twitch feels like a friend who's celebrating your growth along with you.

The potential for creators supporting other creators

Another thing I love, but which I haven't really been able to take much advantage of yet, is I can host and raid other people's channels. I won't get into the specifics, but it's two different ways I can introduce my audience to other channels.

For example, I was watching Niall Maher's live stream on YouTube on Friday. I would have loved to have been able to hit a button and have my entire audience be able to join in on a smaller channel's stream, where he was working on a really cool project.

Twitch opens that door, and I think that's such a cool feature that enables creators to help each other out.

As far as I can tell, the most we can do on YouTube is to do collaborations and we can post other people's videos on our community feeds. There is nothing wrong with that, but it's not the same as hosting someone else's live stream.

As I develop a lot more relationships with other content creators in this niche, it's such a cool thing to have these tools at our disposal to help one another out!

I have some issues with discoverability on Twitch

It's hard to be discovered on Twitch. Part of this is because YouTube is pretty much a search engine, whereas Twitch is a streaming platform built around what's live, and not keeping content around forever.

I understand the difference there. The issue is, when there are other channels that Twitch thinks you might be interested in, it lists them in your side panel thing, and it lists them in descending order of current viewers.

YouTube can rank a new video above one with hundreds of thousands of views in search, and that ranking will have a huge impact on how that video performs.

With Twitch ranking streams by current viewers, it helps the channels with established audiences a lot more. For me, that's fine. I have an audience already with over 160,000 YouTube subscribers, close to 10,000 followers on Twitter, and a newsletter with over 14,000 subscribers.

Despite those numbers, I average between 30-60 people on a live stream. Now, I'm still new on Twitch, and because of the audience I have I can keep growing there, and that's fine, but I have no idea how someone who doesn't have another audience somewhere else can be discovered on Twitch.

YouTube also seems to like live streams, as I regularly gain 50-100 subscribers during a single live stream there. On Twitch I gain followers each time, but I think most of them are people coming from my existing audience, because each stream I've done has resulted in less new followers, not more.

To me, that means that it's people finding my streams though my links on other social media, and not Twitch helping people discover me. Either that, or it just doesn't like me 😂.

Twitch is much more fun

Despite the discoverability issue, I'm sticking with Twitch.

I have some ideas on creating content on there that I could do some editing on to make YouTube content, which would let me kill two birds with one stone. And more importantly, Twitch is more fun.

The points system and interaction with the audience is awesome. I can easily run polls, the community challenge is a ton of fun, I've got some custom emoji's on the way that can be used in the chat and more. Plus all the stuff I haven't figured out yet.